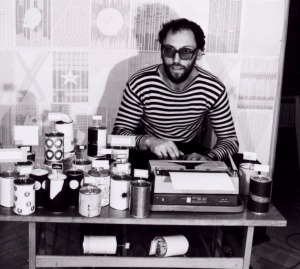 A revised Russian version of chapter 5 of A Common Strangeness, “Dmitri Prigov and Cross-Cultural Conceptualism,” has just been published in Новое литературное обозрение (Novoe literaturnoe obozrenie, or New Literary Review) as “Дмитрий Пригов и межкультурный концептуализм” (Dmitrii Prigov i mezhkul’turnyi kontseptualizm). I am thrilled to have my work appear in a journal that has been one of my essential guides to contemporary Russian literature, literary criticism, and theory, ever since I began to read in this area in the late 1990s. I’m equally honoured to have my piece appear in a section on “Prigov’s Metatext” alongside a wonderful essay on Prigov’s “Transit Mode” by Mikhail Iampolski, whose work I’ve also admired for many years. I’m especially grateful to Irina Prokhorova, who initially proposed publishing a part of A Common Strangeness in NLO; to the translator of my essay, Sergey Ogurtsov, for his tireless efforts; and to Alexander Skidan for his wonderful editing and patience in working with me on the Russian text (particularly in the messy area of avoiding back translations in the text and references). You can read an online version of my essay here. This version lacks the illustrations that are included in the print version, which I’m looking forward to receiving soon.